This year the Broken Bay Scout Group were fortunate to participate in a number of activities to mark ANZAC Day and to remember those that have served and continue to serve Australia both here and overseas.

Setting out a little earlier three of our Scouts were able to join 49 other red cord Scouts from the Hunter District at an inaugural four day camp at Fort Scratchley sleeping under the sky in swags on the parade ground. For those of you that aren’t aware Fort Scratchley is situated on the headland of Newcastle overlooking Nobby’s Beach. Completed in 1882, Fort Scratchley was built as a coastal defence installation but is now an interactive museum with paid tours capturing the maze of underground tunnels. It was built to defend Newcastle against a possible Russian attack however the guns were only fired in anger on 8 June 1942 during the shelling of Newcastle by a Japanese submarine.

To mark ANZAC our Scouts were engaged in a number of related activities with highlights including:

We understand that our three Scouts represented the group proudly and feedback from the HMAS Newcastle and members of the Fort Scratchley Historical Society was very positive praising the behaviour and manners of the Scouts and Venturers that attended.

A huge thanks must be extended to the Hunter & Coastal Branch of Scouts, HMAS Newcastle for being so welcoming, members of the Fort Scratchley Historical Society for opening its doors to this wonderful experience, the sponsors of the camp, and of course our Scout leaders. Our Scouts came back with so many stories to share that it was hard to get a word in. What an amazing experience for them!

We recommend when you visit Newcastle to be sure to view the city from its best vantage point at Fort Scratchley.

Here are a few pictures to entice you…! 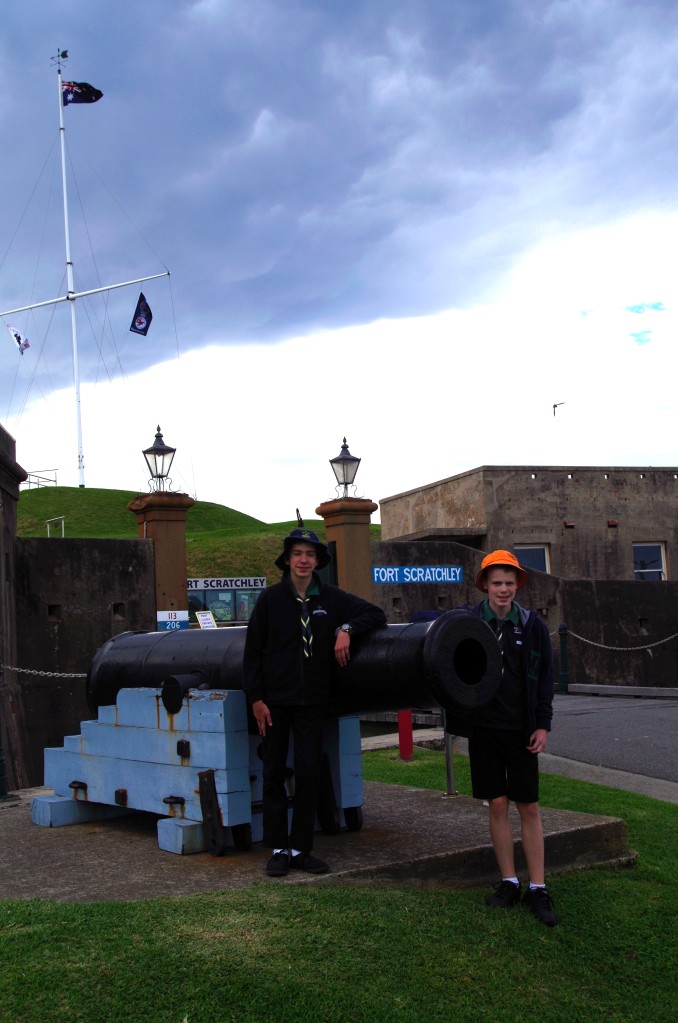